Recently, mainland Chinese insurers have also invested in properties overseas. Following deregulation, they had not been allowed to invest in properties for a long period of time, thus their property-to-total asset ratios remain considerably low compared to other precedent countries (Chart-1). Therefore, they still have ample space to increase property investments and have even proactively invested overseas. 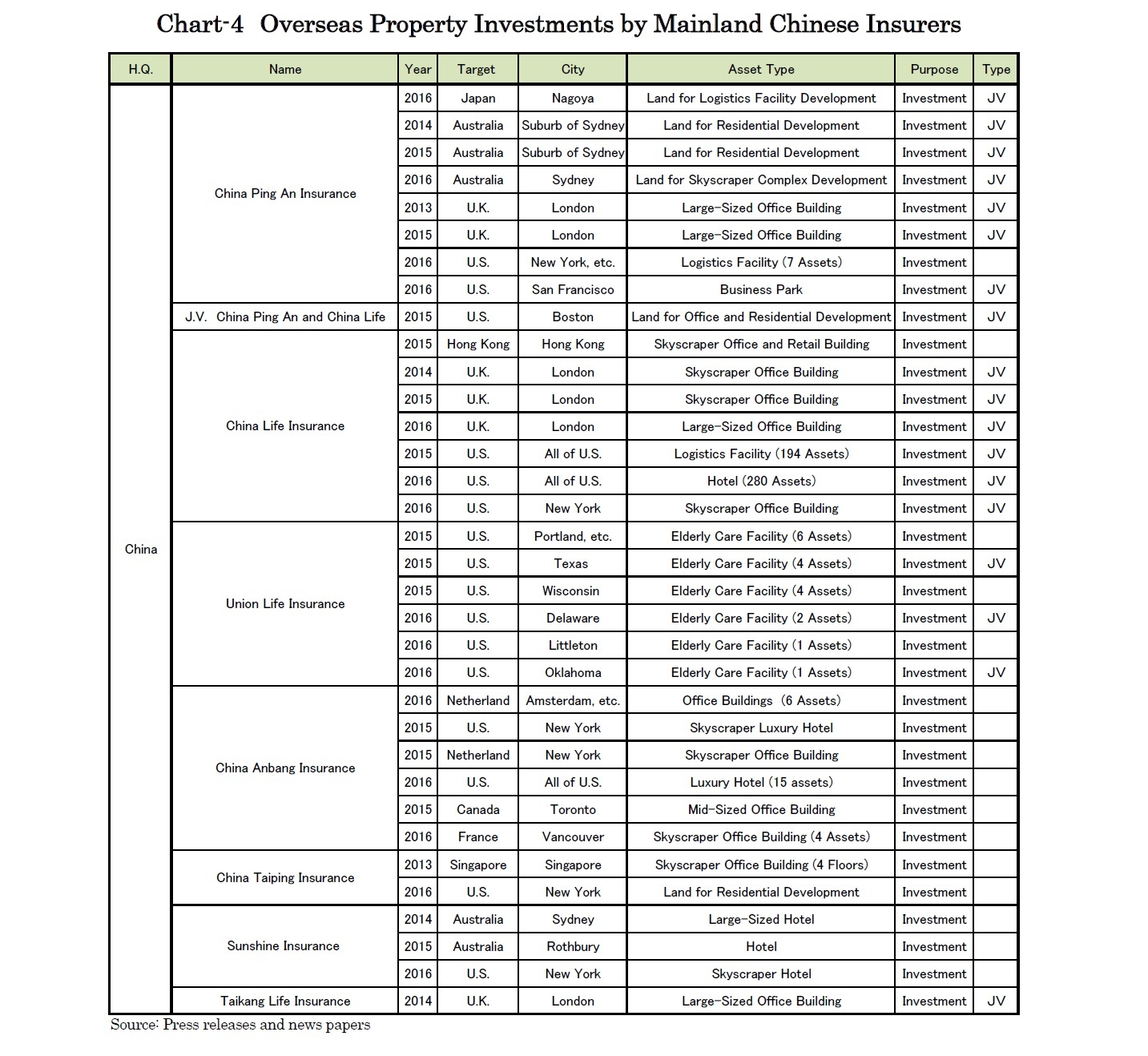 Asian insurers have increased property investments, backed by their growing insurance markets, and some have proactively invested in properties overseas. However, the investment approach varies between each country. Particularly, mainland Chinese insurers have been distinguishable by the overwhelming size of their deals and aggressive posture, even investing in property development projects overseas.

Reviewing the global property investment market overall, sovereign wealth funds have been regarded as representative Asian investors, consisting of public pension funds and foreign reserve managers such as GIC of Singapore and CIC of China. With the asset growth of SWFs and others, property investments outside of Asia by Asian investors have significantly increased in recent years (Chart-5).