Outside of Taiwan, mainland Chinese insurers drew even more attention, as both major Ping An Insurance and China Life Insurance have significantly increased property investments. As mainland Chinese insurers have only recently started property investment, their ratios of properties to total assets are relatively low. However, since they have massive amounts of total assets and thus their property assets have already exceeded those of Korean major insurers. 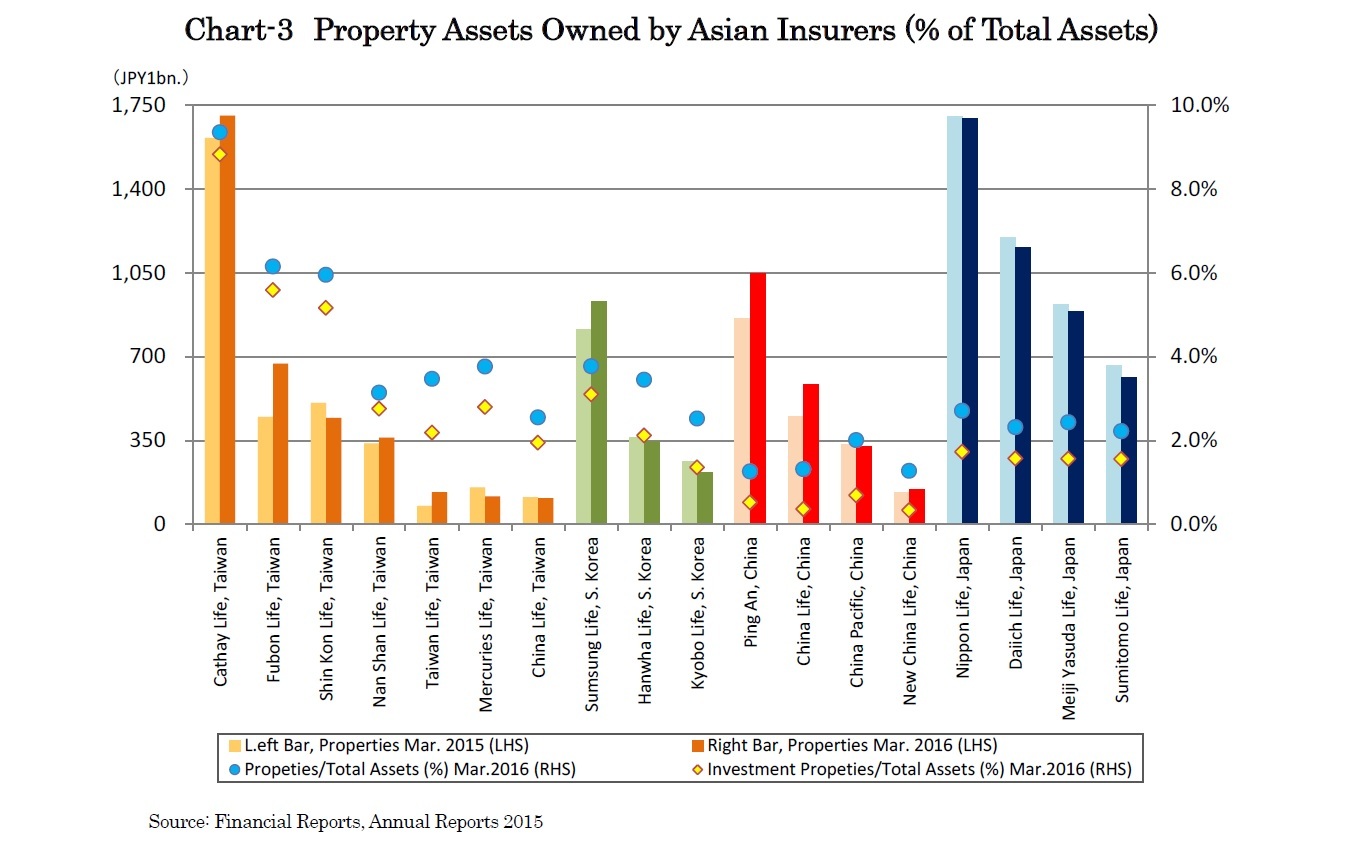 The increase of property investments by Asian insurers has been backed by their growing insurance markets, as life insurance premiums grew strongly in Asian countries in 2015 (Chart-4).

Moreover, even in the four newly industrialized economies (NIEs) of Hong Kong, Singapore, South Korea and Taiwan, where life insurance penetration is as high as that in advanced western countries, life insurance premiums grew strongly in 2015. In the aging four NIEs, demand for pension or medical care insurance products has been increasing, and saving or investment products have also become popular backed by increasing household incomes.

【Next】Acceleration to Invest into Properties