My Russia Experience：From the Soviet Union to Russia 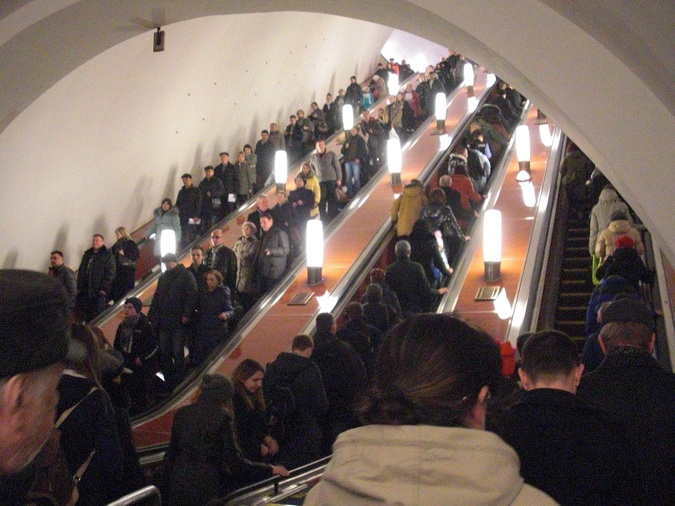 Last March I visited Russia for the first time. How has Russia changed over the last quarter century, from the disintegration of the former socialist Soviet Union in 1991 to the new Russian Federation? From the expressionless faces of the immigration officer at the Moscow Airport to the unfriendly cabin attendants on domestic flights, my initial experiences perfectly aligned with my image of a socialist nation. Upon arriving at the hotel, however, the staff welcomed us with smiles all around. This stark contrast made me think about the reality of a nation that is still in transition from the Soviet Union to Russia.

Wondering what Russians themselves think about the new Russia, I asked our tour guide. She told me that many pensioners are nostalgic for the former Soviet era. The Soviet Union was a safer society, ensuring housing, medicine, education, employment, and post-retirement life. Since Russia began embracing the ideals of a market economy, however, people have been expected to help themselves. Perhaps this is why some people feel nostalgic for the past. It is the younger generations that appreciate a free society, an improved standard of living, and the diversification of consumer goods and services.

During the transformation from the Soviets’ planned economy to Russia’s market-driven economy, Russia faced a declining population and fluctuations in the average life span of its citizens. In 2013, the average life expectancy in the country was 66 for men, 76.4 for women. These figures are much shorter than that of other advanced countries.

By examining the statistics, we realize that the average life expectancy for both men and women plummeted from 1991 onwards. In 1994, the average life expectancy for men was 57.8. Men could not reach the age of 60, when they would start receiving their pension. It turned around in 1995 but nosedived again in 1998 due to the monetary crisis and the downward trend continued until 2006. Since then, the trend have become more positive. Disasters such as wars, contagious diseases, and food shortages could be the cause of such wild fluctuations, but it seems quite unlikely for a nation in a peace-time over such a short period.

Excessive drinking of hard liquors such as vodka is often blamed for early deaths in Russia. Indeed, the major cause of death for Russians is alcohol-related heart failure. Moreover, in Russia, a number of deaths include suicide, murder, and fatal accidents. The transition from the socialist socio-economic system might add psychological stress. Russia’s public health services are free but as the income gap expands, only the rich can afford to pay for advanced and expensive medical services. Social class has a significant impact on medical services that people receive, contributing to a widening discrepancy in health.

During the Soviet era, citizens endured severe shortages. The long lines were just to buy daily necessities. The areas outside of big cities like Moscow are dotted with small residences called “dacha,” where people spend their long summer vacations or weekends. The dacha has played an important role in people’s life. Immediately after the collapse of the Soviet Union, Russians took refuge in the dacha and managed to sustain themselves by planting vegetables in the private kitchen garden and helping each other. As Russia’s market economy progresses, its income gap and poverty become more serious. Perhaps the wisdom that people have acquired from the dacha during the socialist period can help them through this difficult time as well.