Consideration of the introduction of family care cash benefits in Japan 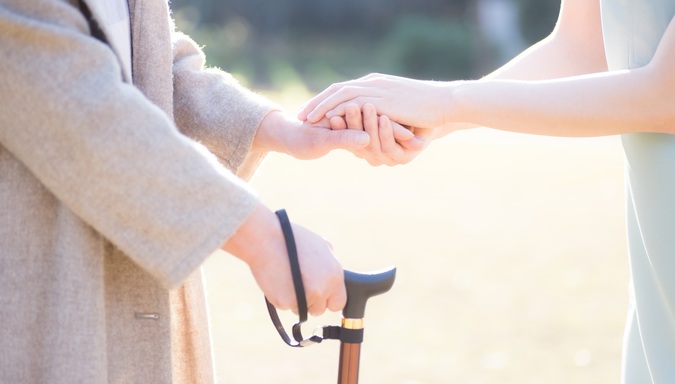 However, the benefits have not been introduced on the grounds society as a whole should be responsible for elderly care and paying cash to family members may bind them to caring for their elders.

Designing the long-term care insurance system for the elderly, the factors that the South Korean government considered most were "financial stability" and "securing necessary human resources".

Therefore, the South Korean government attempts to solve the lack of financial stability and human resources by setting a greater insured population base, higher self-pay ratio than Japan, and cash benefits for family care.

If a person who has acquired the qualification called “the care worker” in South Korea registers for business to provide long-term care services, cash benefits for family care are offered. This was intended to alleviate human resource shortages expected in the beginning, and was based on a similar system in Germany.

Beneficiaries who use the long-term care services provided by their families are paid 150,000 won per month as cash benefits for family care. This is fairly low compared to the average monthly wage (1.3~1.5 million won) of care workers.

To a certain extent, the South Korean government was able to secure human resources and alleviate financial spending by enforcing the cash benefits for families in the regions where establishing nursing facilities within a short period of time is difficult. However, it is necessary to review the amount of cash benefits for family care, while improving wage levels and the working environment of care workers going forward.

Then, what about the current condition of Japan? The number of users of the long-term care insurance system is increasing as the aging of society progresses, while the financial situation of the long-term care insurance deteriorates. The proportion of people aged 65 or over increased from 17.3% in 2000 to 24.0% in 2014. The total costs of the long-term care insurance increased from 3.6 trillion yen in fiscal 2000 to 8.9 trillion in fiscal 2012, applying yet greater pressure on national finances. In addition, the insurance premium of people aged 65 or over also increased from 2,911 yen in the first phase (fiscal 2000-2002) to 5,514 yen in the sixth phase (fiscal 2015-2017), and the burden on the elderly increases dramatically. Considering the income level of the elderly, further increases in premium cannot be allowed in the near future.

The total fertility rate in Japan in 2015 improved to 1.46. However, it is still far below the replacement level fertility of 2.07, and future labor shortage is a great concern.

I propose that the Japanese Government introduce the cash benefits system for family care that Germany and South Korea have already implemented. It might be effective to secure labor and stabilize finances. A long-term care insurance system in Japan would be based on the mechanism that services are available at discounted prices for subscribers; therefore, users can get utility from discounted prices.

However, if the Japanese government pays the cash benefits for family care, the gap between both utilities will shrink. As a result, part of demand that was dependent on outside of family services will return to families, considering that some households that can take of their families. Even if the cash benefits for family care does not reach the level of in-kind benefits, the utility from the care of families would reduce the gap to a certain degree.

However, there is also the case where cash benefits for family care are not so effective. For example, private care service facilities are few in depopulated regions, such as remote areas and islands, and nursing care services are not fully used. As a result, the care gap between many of these local areas and urban areas has created our issue.

In addition, it is quite difficult for the people in these areas to take advantage of cash benefits for family care because the rate at which the population is aging is high, and there are many households whose families cannot provide care services.

We need to strive to create a system where more people can enjoy the benefits of the system.
1 This is an excerpt from “Current Situation and Challenges of the long-term care insurance system for the elderly in South Korea－Implications for Japan” NLI Report 2016-06-15 (Japanese).